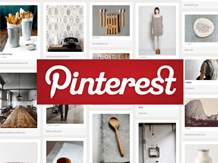 The fastest growing social network in 2012 was by far Pinterest, with a year over year growth of a staggering 1047% according to a report by Nielsen. This makes it the fastest growing social network ever in terms of increase in audience and time spent on the site. Whether you use Pinterest for your own personal entertainment or for business, Pinterest is definitely a site you should add to your favorites. In this article, you will get a quick overview of what Pinterest is and how it’s being used. 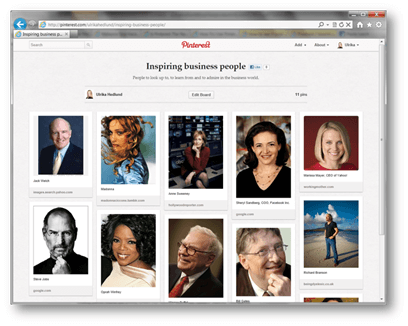 You can invite friends to your boards and you can “follow” other people with similar interests. Your boards can be secret, which means that only you as the creator and people you have invited to the board can see it, or they can be public which means that they are visible to everyone. Pinterest is aspirational and inspirational. For instance, people add pins that illustrate the things they love, places they want to go and clothes they would like to have. To compare Pinterest to other social networks, I’ll quote Danny Maloney, the co-founder and CEO of PinLeague, who said, “Twitter is about what I’m doing right now, Facebook is about my online identity—who I am and who I know. Pinterest is about who I want to be.” 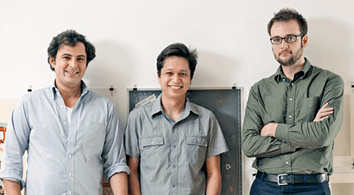 Pinterest was founded by Ben Silbermann, Paul Sciarra, and Evan Sharp. The development started in 2009 and in March 2010 a prototype was made available to a small group of colleagues and family members. It continued as a site for invited users only, but on August 10th 2012, Pinterest was made available to the public. The service is free to use and currently, the company is focused on growing the user base – not monetizing the site, though this is, of course, the intention at some time in the future. Pinterest, which has been valued to a staggering 1.5 billion dollars, has received funding in various rounds. Last week, January 23rd, another 30 million dollar investment was announced.

According to the Nielsen report, the primary users of Pinterest are women in the ages 35-49, that is, an attractive audience with large purchasing power. According to a study by Engauge, 90% of people said they use it to get ideas. The study also indicated that Pinterest helps people:

“Fashion” and “Clothes” are two of the top five categories of boards on Pinterest. 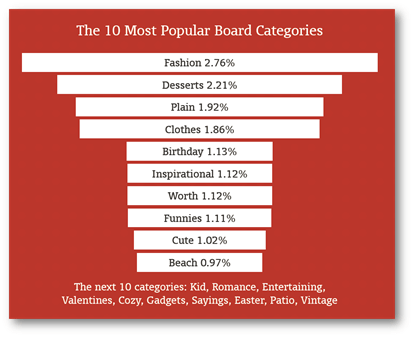 As with all social networks, businesses are quick to leverage them to market themselves – Pinterest is no exception. Pinterest is being used successfully by businesses to:

Drive traffic – Pinterest is fantastic for driving traffic to your site (so-called referral traffic). According to Engauge’s report, by February 2012, Pinterest drove more traffic to retail sites than YouTube, LinkedIn and Google+. Even if you

don’t have a Pinterest page yourself, you will increase traffic to your site if other people start pinning images from your website. You can encourage this by making sure your website images are easy to pin by adding the “Pin it” button to your website.

Strengthen your brand – Pinterest is a great platform for strengthening your brand. You can add pins that reflect your company values, or you can “humanize” your company by adding pins of people working in the company, or events that you are involved in. If you are creating a Pinterest account for your business you should have a clear picture in your mind of the type of boards and images you want to add to your account to effectively communicate your brand.

Engage with your customers – Make sure to engage with customers on Pinterest and be polite – thank others for re-pinning images and pinning content from your site and comment on other’s pins. As with all social networks, it’s important that you don’t just use it to promote your business – you need to be a good social citizen by “liking” and commenting on other’s pins, following others and adding things other than just your own products.

Watch out – it can be a time stealer!

As the usage data suggests, it’s very easy to get “hooked” on Pinterest. You can easily spend 20 minutes browsing through hundreds of images in order to find “the right” one for your board. Pinterest might become a real-time stealer that negatively impacts your productivity. Don’t get me wrong – I’m all for visual boards. In fact, I have a paper vision board in my bathroom cabinet of things I want in my future. If you want to work on your boards instead of tuning in to the latest episode of your favorite TV-show I’m all for it. But, if you are using Pinterest for work, make sure you don’t get carried away by all the beautiful things that catch your eye! 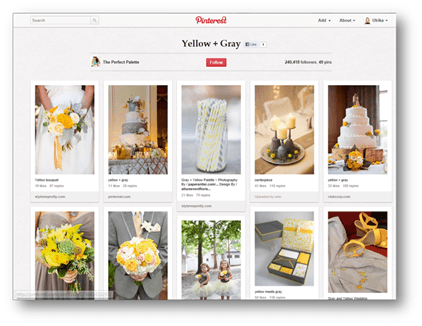