Conducting a professional job interview – Part 2: How to interview?

Two weeks ago I posted the first part of the blog series on how to conduct professional job interviews. In that first article, I covered how to prepare for the interview, in this second part I will cover important aspects of giving the actual interview. Interviews are an extremely important part of the hiring process; even so, most business professionals aren’t good at interviewing. In this article, I will share five steps you can take in order to give better interviews.

It’s just as important for you to make a good impression on the candidate as the other way around. Since you are looking to hire top talent, you shouldn’t be surprised if the candidate you want to hire has a number of other job offers to choose from. You need to make sure that you are professional every step of the way so that each candidate has a good impression of you as a potential colleague and the organization as a whole. Being professional when conducting an interview means that you should: 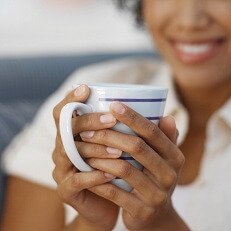 As I shared in my previous blog article, you should have a list of prepared questions (preferably behavioral) that you ask the candidate. A typical interview is around one to one and a half hour and in order to get the most out of that limited amount of time, you need to have quality questions that are relevant to the job you are hiring for. Having a list of prepared questions not only helps you stay focused on the job skills required, but it also helps you stay away from “grey zone” questions. I’m saying “grey zone” since laws vary from country to country, but in general, it’s illegal for companies to discriminate against people based on marital status, age, family situation, pregnancy, religion, disability, etc. So, to be on the safe side, it is better not to ask questions that could be interpreted by the candidate as discriminating in any way.

3. Probe and dig deeper into the candidate’s answers

Just asking questions and getting answers isn’t enough. To be a great interviewer you need to dig into the answers given by the candidate and understand the thinking behind their actions and the rationale that was used. Even if the exact same situation is unlikely to occur again, the reasoning the candidate used is likely to be the same in a similar situation. Being able to probe and dig further into the given answers will help you evaluate the candidate better. Here are some examples of probing questions you can ask: 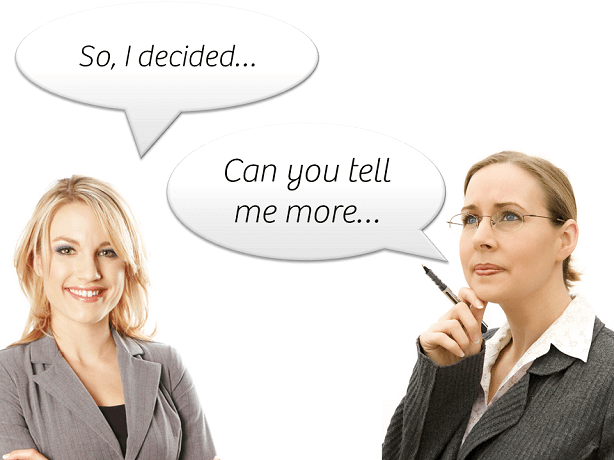 If you think you’ll remember what was said during the interview you’re wrong! Everyone needs to take notes. If you have your questions printed out on paper with space under each question it’s easy for you to capture what the candidate answers. If you have a Tablet PC you can take notes using a digital stylus – don’t take notes typing on a keyboard! This will just distract the candidate. When you take notes you shouldn’t try to write down everything – use abbreviations and symbols. Don’t write down your conclusions during the interview itself, save these for later. Focus on writing down what the candidate says.

To learn more about structuring your interview notes see our video called “Prepare and conduct professional job interviews” (members only) where you will learn how you can use Microsoft OneNote 2010 to structure and organize job interview notes. 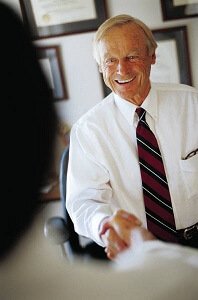 When the interview is over (on or before the scheduled end time for the interview) you thank the candidate for his or her time. Don’t tell the candidate that they did great or give them any indication that the job is theirs. You don’t want to give the candidate false expectations.
If you are the hiring manager, and you know for certain that you are not going to hire the candidate you should end the interview when you have reached your decision (even if you have more time scheduled). You’d just be wasting the candidate’s and your own time by continuing to interview them when there is no point in doing so. If you’re not one hundred percent sure, ask one more difficult question to make up your mind. To end the interview politely you can say:

“Thank you for your time. I know this interview was a bit shorter than planned. At this stage, I have what I need. We will be in touch”

If you are the hiring manager, and you have the final say (and the culture of your organization allows it), you could also be open and honest and tell the candidate that he or she is not a good fit. Some might find this harsh and unprofessional; I actually think it’s the more ethical thing to do (see my own experience in the last paragraph). You can still be polite even if you are delivering bad news. For example, you could say:

“Thank you for your time. I know this interview was a bit shorter than planned. I give tough interviews. At this point in time, you are not a good fit for this role. I prefer to tell you face to face. Good luck with other job opportunities.”

Manager Tools have a great podcast called “How to end a bad interview”. In this podcast, they cover ending bad interviews in much more detail. I can warmly recommend it.

Personally, I prefer knowing when I’m out of the game 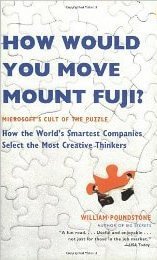 Many years ago when I was working at Microsoft in Sweden I applied for a job at Microsoft’s headquarters in Seattle. Microsoft is known for its tough interviewing process, there’s even a book about it called How Would You Move Mount Fuji?”

I had a full day packed with difficult, nerve-wracking, back to back interviews. After about six or seven interviews I was supposed to have an interview with the hiring manager. Right before the interview, I was told that something had come up and that he was unable to conduct the interview. I was a bit surprised and disappointed since I had looked forward to meeting him. I went back to my hotel room and fell asleep, exhausted but pleased because I thought the interviews had gone well. When I later told my friend who worked at Microsoft headquarters about the day he just said “sorry, you didn’t get the job”.  What I didn’t know was that they canceled the last interview when the decision had been made not to hire me. I flew back to Sweden and after a couple of weeks, I received the response that I was not a good fit for the role.

Some people think that telling the candidate straight out that they are not a good fit for the job is cruel. Personally, I feel it’s more professional to be honest and tell the candidate straight to their face. I would much rather know right away that I’m out of the game than having to wait for weeks for an official response telling me so.

Check out Part 3 (final) of this blog series on Deciding who to hire here.