Update: Google+ will shut down soon due to exposed private user information (Source).

Last week I attended a Google conference in Dubai where ”Googlers” (as Google employees call themselves) were heavily evangelizing Google’s newly launched social networking platform Google+. Now, I must admit, that even though I’m passionate about technology and a ”moderate” user of social media, I haven’t been up to speed on all the ups and downs and ins and outs of the social networking world, and since I don’t think I’m alone, I decided to dedicate this blog post to help you navigate through the social networking jungle.

Ever since the introduction of computer networking, people have interacted socially through various networks. The ability to interact wasn’t very rich and our children will probably never believe us when we tell them what the interfaces for our interactions looked like. 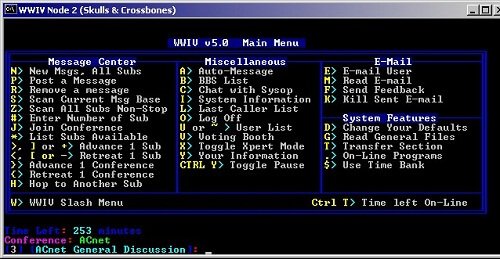 In the beginning, people would just link to each other using email addresses, but in the late 1990s user profiles became a central feature and more advanced ways of creating lists of friends was developed.

A newer type of social networking was introduced in 1997 with Sixdegrees.com (named after the concept that everyone is on average approximately six steps away from any other person in the world). Social networking functionality continued to develop, the music/subculture networking site MakeOutclub (named after the song “Make Out Club” by the band Unrest), launched in 1999, introduced new features such as profile pictures and interest-based profiles.

New social networks were quickly introduced one after the other, Friendster (Name derived from “Friend” and “Napster”) in 2002, Linkedin and MySpace in 2003, Facebook in 2004 and Bebo in 2005. In 2006 Twitter was launched, some might argue that this is not a social network, but a micro-blogging site, but I’ll include it here since it has a major role to play. In 2009, Foursquare was launched, a location-based social network targeted for mobile phones. The most recent joiner, and the one who, in my opinion, will have the muscle strength to really shake things up, is Google with its’ “Google +”.

(In addition to the ones I mentioned above, there are a number of local social networks that have gained popularity in different parts of the world. On Wikipedia you can see a full list of major active social networks worldwide.)

The rise and fall of former stars

Being the CEO of a social network must be a rather stressful job – one day you’re the most popular kid on the block, the next day your friends have found something else more shiny to play with. If we take the social networks mentioned above here is a snapshot:

The early birds Sixdegrees and MakeOutClub, though innovative at the time, didn’t last very long. The websites are still available, but today they are mainly a destination for a limited number of nostalgic members.

In an attempt to survive as a member technology platform, Friendster was recently redesigned into a social gaming platform and their traditional social networking accounts have been disabled. They are now owned by Asian MOL and claim to have over 115 million users.

Myspace, which was acquired by Murdoch’s News Corporation in 2005, was considered the leading social network by late 2007 early 2008. In 2008 Myspace attracted 75.9 million monthly unique visitors in the U.S. But yet again, we witness the fall of a popular social networking site. The steep decline of members has been staggering, at the beginning of 2011, it was reported that MySpace lost 10 million users in a month. On June 29th, 2011, it was announced that Myspace was acquired by Specific Media and Justin Timberlake for $35m. It will be fascinating to see if new, young blood can revive this once so shining star.

Bebo, another social networking site which was launched in 2005 and highly popular in the UK and Ireland was acquired by AOL for the staggering amount of $850m in March 2008. Unable to keep the social network alive, AOL announced in 2010 that they were pulling the plug or selling the social network. They indeed sold it after only two years of ownership to Criterion Capital Partners in 2010 at a non-disclosed amount that is rumored to have been a fraction of what AOL paid.

There is no doubt that Facebook is the big winner in the last decades’ social networking marathon. Today they have over 800 million users and they have been adopted by various age groups in countries across the globe. Today, 75% of their users are outside the US.

LinkedIn, which was founded before Facebook, has not seen the same growth in member sign-ups.

However, they are still growing and today they have over 120 million users. I believe the success of LinkedIn is their unique positioning, instead of being a “social” network; they focus on “professional” networking. Most people I know, whether into social networking or not, have a profile on LinkedIn, and as a Business Productivity Advisor, I suggest you do too!

Twitter, is a social networking and micro-blogging site, the “micro” means that you can post messages that are only 140 characters long, some refer to it as the “SMS of the Internet”. Twitter has been very successful in gaining momentum, they now have over 100 million active users (though if you count all users the number is much higher – over 200 million).

Even though not a major player in terms of members, (currently over 10 million users) I want to add Foursquare in this section. Foursquare is a location-based, mobile, social network that allows users to “check-in” to venues using their mobile phone.

The original purpose of Foursquare was to make it more convenient for friends to meet up and share feedback about various venues, but the more interesting aspect, in my opinion, is the interaction it provides between users and businesses and the “gaming” aspect of collecting points. I will follow their market expansion with interest.

The new kid on the block: Google+

The final social network to cover is Google+ which was launched on June 28th, 2011. At the time of launch it was only open to invited members but on September 30th it opened up to the public. It is the fastest growing social network to date, with now over 40 million users. Eric Schmidt, Executive Chairman at Google, claims that “Google+ is a “worth-while” competitor to Facebook in a slightly different space, with more privacy controls for instance than facebook”. I signed up for a Google+ account yesterday and was fatigued by the need to fill out yet another profile and find and invite friends to my “circles” (Google’s notion of grouping friends). Today there is no integration with other social networking platforms, so you can’t see posts from Twitter or Facebook in your Google+ account. But with that said, I know that I will spend more time on exploring what Google+ has to offer.

My take on Google+

So, what’s my take on Google+? Well, even though I wasn’t overly impressed by the first user experience I still believe that the social network will succeed and that it’s something that you should invest some time looking into if you are a business. Why? Well, because Google has enormous muscles on the web and they are using them heavily to drive adoption of Google+. This includes how results are displayed using their search engine, how data is collected through Google’s various online assets to drive targeted advertising and their impact on the mobile market through their Android platform

So, even though I’m not going to replace Facebook or Twitter for Google+, I’m going to be an attentive listener and eagerly follow the developments in this fascinating turf. As soon as Google adds the ability to create business profiles I will add one for Business Productivity. I will make sure that we add the “+1” on BusinessProductivity.com so that those of you who are adopters can express and share your experience of our content, and of course, I’d be more than glad to be added to your Google+ circle!

(If you have difficulties reading this article, you can access the full article here)